The Health Benefits of Antioxidants
Antioxidants are molecules that play a major role of fighting free radicals in the body. Although the body has its antioxidant defenses, the antioxidants found in foods also play a crucial role in the body. Foods rich in antioxidants include vegetable, fruits and plant-based whole foods.
Additionally, there are different substances that act as antioxidants, with the most common ones being vitamin E, vitamin C and beta-carotene. 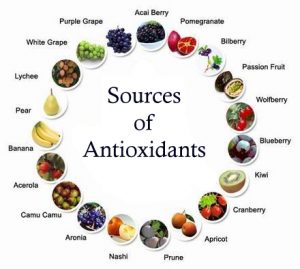 Many antioxidants are naturally occurring, and they help to prevent oxidation in food.
For instance, lycopene, an antioxidant found in tomatoes has been linked to lower risks of prostate cancer. Lutein found in corn and spinach has also been found to reduce the incidence of vision loss among the elderly. The antioxidant has also been linked with reducing eye lens degeneration. In Japan, it is believed that people who consume more of the antioxidant flavonoids have lower rates of heart disease.
Non-essential antioxidants can as well be found in food and they help with general health. Some dietary food compounds like phytochemicals in plants are deemed to have great antioxidant effects compared to minerals and vitamins.

Antioxidants and Free Radicals
Antioxidants were first recognized in the 1990s, when researchers determined that the first stages of artery-clogging atherosclerosis were caused by free radical damage. Scientists linked free radical to chronic conditions like cancer and vision loss.
According to research, individuals who consumed foods low in antioxidant had a higher chance of developing these conditions, compared to those that consumed high intake of antioxidant foods.
Antioxidants play a role in protecting your cells against free radicals. These are waste molecules that are produced when the body breaks down food. Free radicals are also produced when one is exposed to radiation or tobacco smoke. Free radicals steal electrons form other molecules, and this leads to damage of the cells and DNA.
Free radicals serve vitals functions in the body like fighting infections. Therefore, your body needs to maintain a balance of antioxidants and free radicals. However, in most cases, free radicals outnumber antioxidants in the body, resulting to oxidative stress, which can harm cells and cause chronic diseases.
The state of oxidative stress can occur when free radicals are not removed from the body. When this happens, cells and other important body molecules will be damaged. It can lead to cell death or damage the DNA structure if prolonged.

Processes and Activities that Lead to Oxidative Stress
Activities and processes that can result to cell damage because of oxidative stress as such as:
• Radiation
• Environmental pollution
• Excessive exercise
• Smoking
• Reperfusion or ischemia
• Mitochondrial activity
• Exposure to industrial solvents and chemicals like drugs and pesticides
• Tissue trauma
• Eating certain refined and processed foods

Exposure to these activities increases the risk of getting autoimmune illnesses like cancer, heart disease, stroke, arthritis, Parkinson’s disease, immune deficiency, and more. Oxidative stress is also believed to play a role in age-related macular degeneration and eye diseases like cataracts.
According to studies done, it is evident that antioxidant molecules counteracts oxidative stress. Antioxidants are basically defenders that give electrons to free radicals and repair the DNA. There is also enough evidence that suggests eating vegetables, fruits and whole grains rich in antioxidant offers protection against numerous scourges of aging.

Bottom Line
Antioxidants can help neutralize excessive free radicals that contribute to a host of chronic conditions like heart disease, cancer, vision loss, and cognitive decline. Although it may not entirely fix the problem, diet high in antioxidants can reduce and prevent the risk of these diseases.
Therefore, adequate antioxidant intake, including vitamin C and E is vital for your body and overall well-being. Besides, it is believed that consuming antioxidants daily from early life proves more beneficial to the body.