Resveratrol is found naturally in nature and has been around for a very long time - in fact since the very beginning! In the natural world, this compound is a protective 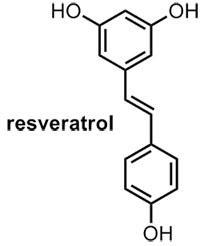 chemical manufactured by plants in times of stress and hardship, and can be considered as a natural antibiotic (phytoalexin) produced by plants as part of their defensive arsenal against invading pathogens.

Resveratrol can be found in significant amounts in grapes and peanuts (0.3 - 1.28mg per 180 grams of boiled peanuts), but still, this falls short of the much higher concentrations that are now common within formulations available in the market place today. As time goes on the optimal dosage will be found via examining the data from most recent studies involving humans, thus all but eliminating the possible side effects mentioned further down this page.

In animal experiments thus far (including mammals ranging from the humble mouse all the way up to the genetically similar Rheuss monkey), this compound has shown a lot of potential & many in the scientific community are eager to learn the results of current human clinical trials.

Please note: Until the appropriate human clinical studies are completed one must be careful NOT to draw the same conclusions that have been shown with animal studies & extrapolate them onto humans - though time will tell...

It was found to lower blood sugar levels and to promote cardiovascular health. The most pertinent findings pointed to;

(These results were reported on July 3, 2008 by the US National Institute on Aging, NIH News, U.S. Dept of Health and Human Services)

Side Effects that Have Been Associated with Resveratrol

Resveratrol is a compound still in its infancy as far as supplements go, with its discovery and subsequent rise to nutritional stardom spanning less than a decade. Regardless, the research thus far has been nothing short of astounding, but this does not suggest that we need to exercise caution. Below are the most common symptoms from those rare individuals who experience issues;

Upset Tummy - This is perhaps the number one concern from those who are considering using this product. The reason for this is simple - it is called Emodin. The most common source of resveratrol is found in the Japanese Knotwood plant. It just so happens that this plant also contains high levels of emodin. Traditionally emodin has been used for constipation and pain related diseases, as well as proving very effective as a tumor inhibitor - (so it does have its uses!) Generally this is only a problem if the purity is less than 50% - as the end product contains a higher level of the original Japanese Knotwood plant. Learn more about the effects of emodin & how it works...

Solution: Our formulation uses a Trans-Resveratrol that is 98% and above in purity, with all emodin being removed during the extraction process - so no tummy issues! 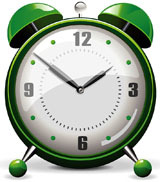 (extra alertness) - Some users have experienced issues sleeping, as it can bring about an increased alertness. Much of the time this subsides within the period of one week, and is thought to occur whilst the nervous system acclimates to the resveratrol compound.

Solution: If the resveratrol supplement is taken earlier in the day, and not immediately before bed, then much of the insomnia-like symptoms will disappear.

Minor Cold or Flu Like Symptoms - Again, this is a compound that stimulates the immune system, and this can sometimes trigger slight cold & flu-like symptoms until one's body acclimates. Initially resveratrol will suppress the activity of T & B cells and macrophages, as is evidenced by a significant inhibition in proliferation, antibody production and lymphokine secretion. Anto RJ, Mukhopadadhyay A, Denning K, Aggarwal BB. Curcumin (diferuloylmethane) induces apoptosis through activation of caspase-8, BID cleavage and cytochrome C release: its suppression by ectopic expression of Bcl-2 and Bcl-xL. Carcinogenesis. 2002;23:143–50

Solution: These symptoms tend to subside within the span of 5 - 7 days (if experienced at all), and tend to occur only in those individuals ingesting large doses (above 1000mg daily). Keeping one's daily ingestion level below this amount is suggested.

As with any supplement, too much of a good thing is not necessary, & if daily recommendations are followed then most if not all of the above mentioned side effects will not be a problem.