Resveratrol and Anti-Aging: The Facts

Before we get down to resveratrol’s impact on aging, let’s first understand why we age.

There are many theories that describe why people age. The different causes contained in these theories are:Grapes - Packed full of Goodness...

1. The body follows a biological timeline

2. Genes switch on and off over a period of time

4. Our immune system deteriorates over time

6. We are constantly attacked by free radicals and these attacks trigger aging

Okay, now we know what leads to aging. Now, let’s understand what can help us extend our lifespan. Here’s what:

1. Our genetic makeup. In particular, there are specific genes that can help us live longer. 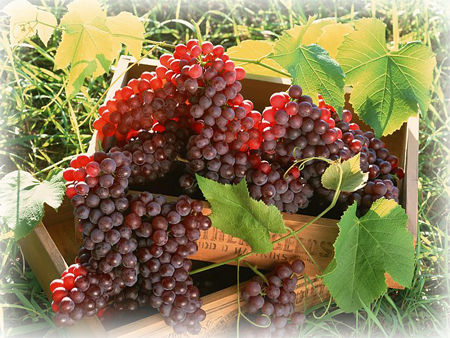 3. Stopping telomere depletion. Telomeres are found at the end of DNA. Their depletion can stop cell growth.

What can we now deduce out of the information above?

Two things we know that fight age are a healthy diet and exercise.

What else - Enter Resveratrol.

Resveratrol is a magical nutrient produced by plants to fight off pathogens. Though its effect on humans is being studied the world over, scientists and researchers have discovered that this nutrient has anti-aging and cell-repairing properties. Consider the following:

2. Apart from extending the lifespan, resveratrol helps repair tissues as well. This means that the nutrient has a positive impact on the cells. In a study on lab mice, it was discovered that resveratrol improves health and survival of mice on a high-fat diet by increasing insulin sensitivity, reducing insulin-like growth factor-1 (IGF-I) levels, and increasing AMP-activated protein kinase. You can read the official paper here: http://aging-management.com/resveratrol-mice.pdf. So along with fighting against age, resveratrol also helps repair cells and tissues. You may say that in this case, resveratrol was found effective only on lab mice, not on humans. But then, all major life-saving drugs were first experimented on animals in labs before they were perfected for humans. Resveratrol is one such research-almost-completed-but-yet-work-in-progress compound. The SIRT1 aspect of how this product works is perhaps the most notable - what this basically does is turn this gene off within the cellular structure which controls the rate at which the cell divides. The slower this turn over then the slower we effectively age.

3. Another very important study has found that resveratrol also helps treating diseases like Type 2 diabetes, which cause aging. Of course, this study too was conducted on lab mice and you can read the paper here: http://www.ncbi.nlm.nih.gov/pmc/articles/PMC2753457/

So, resveratrol repairs cells, rejuvenates tissues, prevents aging and fights against diseases that cause aging.

Resveratrol is found in plenty in the skin of red grapes, in peanuts, and many berries, and a few other plants. We’re not suggesting that you should drink red wine by the gallons to lead a longer life. All we’re saying is that resveratrol helps fight against aging and that you must include it in your diet.