Let's start off with some solid and substantiated proof.

According to an authoritative article published in Science Daily, (link to:Resveratrol has been shown to down regulate insulin receptor sites & improve glucose metabolism... http://www.sciencedaily.com/releases/2009/10/091006093341.htm ) resveratrol has fought off diabetes when it was fed orally to laboratory mice. This study describes how resveratrol positively impacts the brain and triggers anti-diabetic actions. According to this study, resveratrol activates a class of proteins called sirtuins in the brain. Medical research has confirmed that whenever sirtuins get 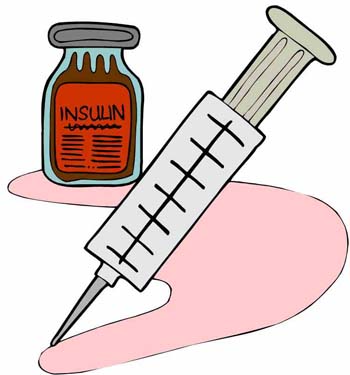 According to Dr Roberto Coppari, a Ph.D. in University of Texas, “resveratrol was directly delivered into the brain of diabetic mice and its delivery activated sirutins in the brain. The result was improvement in their high levels of blood sugar and insulin.” Dr Riberto adds that these results are path breaking and will trigger new strategies that can fight Type 2 diabetes.

Now here’s the clincher: Dr Roberto added that a day will come when resveratrol containing diabetes drugs delivered orally will target only the brain and improve diabetes without activating sirtuins in other organs. Many out there will ask the question - does resveratrol work? Well, as time goes on there is more & more information out there that supports that it DOES work - & work well!

In yet another clinching study, Resveratrol, Obesity and Diabetes, http://184.172.155.52/pdfs/resveratrol/Resveratrol_obesity_and_diabetes.pdf published by Katarzyna Szkudelska and Tomasz Szkudelski in the European Journal of Pharmacology, lab mice that were regularly fed a high-calorie diet and resveratrol did not put on weight as expected. The researchers also discovered that resveratrol caused favorable changes in gene expression and enzyme activity. The insulin secretion and blood insulin concentration in these mice was also favorably impacted and reduced levels of blood insulin was found that mice that were suffering from hyperinsulinemia. Resveratrol also helped reduce hyperglycemia (high blood sugar) in diabetic rats as well. The scientists concluded that resveratrol contains complex beneficial properties that are yet to be discovered and that one fine day, this compound will be used to treat both diabetes and obesity, among other conditions.

A little bit of wine is better for you than once thought...Like it or not, resveratrol is a magical and highly potent antioxidant. It has proven to be good for the heart, is anti-inflammatory, and also has anti-cancer properties. It has enhanced the lifespan of many species like yeast, mice and short-lived fish. Diabetes seems to be very small fry for resveratrol. If the compound can combat cancer, it sure can bust diabetes.

And, here’s some news for the cynical naysayers. The French people consume a diet that contains a lot of fat, served up in deluxe quantities. But, the French live long and healthy lives. The lowest incidence of diabetes in wealthy nations is found in France (Source : link to http://thechart.blogs.cnn.com/2011/06/27/diabetes-rate-sharply-increases/ ). Do you know why?

It’s because the French consume a lot of red wine, which obviously contains the juice of red grapes.Now, resveratrol is found in plenty in the skin of red grapes. So, putting two and two together, it can be concluded that consuming resveratrol helps increase the lifespan and fights off many medical conditions including Type 2 diabetes.

Today, the medical community is digging deep into resveratrol and many studies are on to prove its benefits on humans. It is a matter of time before resveratrol is intensively used in many types of life-saving medicines. Until this happens, humans will keep consuming resveratrol – as fruit, as wine or as supplement – because they have already drawn their own conclusions.