The world is divided into two parts – those who know about resveratrol, and those who don’t.

Those who know about resveratrol are also divided into two parts – the true believers and the cynical critics.The Power of Resveratrol is Yet to be Fully Realized...

Who is right? Does resveratrol work, or is it something like snake oil?

Well, in this case, the proof of this pudding does not lie in the eating. It lies in scientific studies, and here’s a roundabout of what’s been proven about resveratrol:

Sinclair, the original scientist who first dug into resveratrol, also came back in 2006 with a study that established that 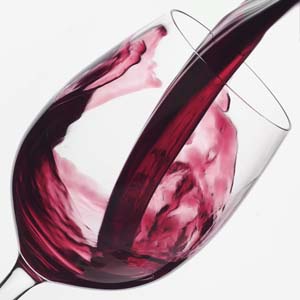 In 2006, the scientist Johan Auwerx published a study in the journal Cell, which stated that mice that were fed on resveratrol for 15 weeks exhibited better endurance on the treadmill.

There are many other studies that prove the beneficial impact of resveratrol on a host of species. However, no study has conclusively proved this products life-enhancing benefits on humans. Studies are going on though. But it just CANNOT be said that because its lifespan-prolonging benefits on humans have not been discovered yet, the nutrient is useless. After all, every life-saving medicine is first tried out on lab animals first and then manufactured for humans. Resveratrol may be going through the testing phase for all we know.

A Glass of Red Wine has More Benefits than Once Thought...Apart from resveratrol’s life-prolonging impact on a few species, scientists have also discovered that topical resveratrol application prevented skin cancer in mice It has also has been discovered that resveratrol induces programmed cell death in platelets. Scientists are unanimous in their opinion that this magical nutrient helps prevent direct cancers like skin and gastrointestinal cancers. However, resveratrol has had no effect on lung cancer and leukemia. Other lab experiments and studies have also established that resveratrol is anti-diabetic and has neuro protective properties, among many other benefits.

Resveratrol is good for the human heart. This has been established by the “French Paradox,” a theory that concludes that French people are hale and hearty and have an enhanced lifespan because they consume plenty of red wine, which has plenty of resveratrol.  It is also interesting that many Europeans tend to be considerably slimmer than many of their western counterparts - also suggesting that such a lifestyle helps keeping weight off the body as they age & mature.

To sum up, resveratrol is work-in-progress. It is good for a few species, yes, but whether it works great on humans, that is something time will tell - but so far it is looking good!