How Resveratrol Was Discovered

There are many theories about the discovery of resveratrol. Many websites state that resveratrol was discovered in 1963, when it 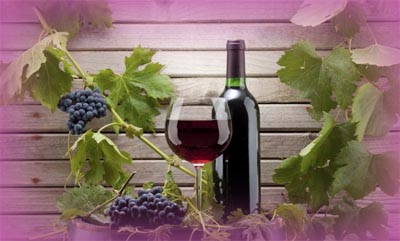 Anyway, this article’s about resveratrol, so let’s quit discussing Japanese Knotweed and turn our attention to resveratrol.

So, though many websites state that resveratrol was discovered in 1963, the truth is that it first discovered whilst studying the French Paradox... an article published by Michio Takoaka in 1939. There are just citations to this original article and official translations, if any, are not to be found anywhere on the Internet.

Michio Takaoka and his gang of researchers were experimenting on veratrum grandiflorum, a stout, exotic and flowering plant made up of non-reticulate fibers. The plant was collected from the Hokkaido Island. Michio and his troupe first isolated a phenolic compound by crystallization. Ether-soluble and non-basic fractions of Ethanol extracts of the plant were experimented upon.

Michio et al then obtained the molecular formula after analyzing the plant, its triacetate and trimethylether. All the degraded products that were obtained were then studied, and, hey presto, Michio Takaoka and his buddies discovered resveratrol.

Michio then wrote the article. He described in the article how he had identified resveratrol in veratrum grandiflorum. This article became a cult classic after resveratrol gained popularity – till then it was hidden in the Japanese scientific crypts.

And, don’t worry if all the scientific information and terms went over your head. What is important to know is that Michio Takaoka discovered the wonder nutrient, resveratrol by doing the thingummy on a plant named Veratrum grandiflorum.

Now, here’s another interesting tidbit. Most folks wonder how resveratrol was named. Here’s an interesting hypothesis:

1. RES comes from resorcinols, the family of molecules to which resveratrol belongs.

2. VERATR comes from the plant that was researched, VERATRum

3. OL is used to indicate hydroxyl groups and resveratrol contains three such groups.

Note that this is just a hypothesis, and there’s no official name-source of resveratrol. It is also not known what Michio Takaoka was after -- he may have stumbled on resveratrol for all we know.

Ever since its discovery, resveratrol has continued to dazzle the scientific and medical community. Scientists have proved that this magic nutrient helps enhance the lifespan of many species like short-lived fish, fruit flies, mice, yeast and lemurs.Studies on humans are still on, but what is good for so many species is bound to be good for humans as well. Resveratrol also has anti-cancer, anti-inflammatory, anti-diabetes, and heart-friendly properties. The links between anti ageing & Resveratrol was not made really uuntil Dr Sinclair came onto the scene with his discoveries.

Resveratrol is found in the skin of red grapes, peanuts, in many berries and a few other plants. One observation entitled “The French Paradox” even says that drinking red wine is beneficial for the health and heart because it contains resveratrol. We humans consume resveratrol in its natural form, or as supplements or while drinking red wine.

Now that you know about how resveratrol was discovered and why it is so beneficial, you should make it a point to consume resveratrol daily. However, check with your doctor before getting started on this magic nutrient.