Resveratrol, a powerful and potent nutrient found in some plants, has the capacity to induce weight loss and it. Weight loss 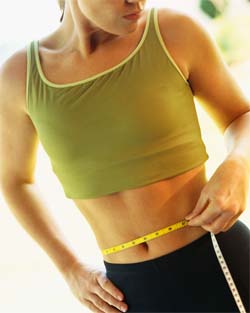 can be Assisted with SIRT1 Manipulation... can well prove to be a boon for the obese, the fit, and for folks who want to lose weight. Typically, resveratrol works by tricking the brain into thinking that the body has had its share of glucose and therefore there’s no need to eat any more food. Now as you know, if you feel full, you will stop eating, and therefore eat lesser than you usually do, leading to weight loss.

But this is just one positive effect. Resveratrol can do much more.

A few scientific studies have established that resveratrol has the capability to rev up metabolism. Just in case you were not aware, a revved-up metabolic rate can help burn fat even when you sleep.

According to three top researchers, Alexandre Dal-Pan, Stéphane Blanc and Fabienne Aujard of the Centre National de la Recherche Scientifique and Institut Pluridisciplinaire Hubert Curien in France, six mouse lemurs were fed a diet supplemented with resveratrol. The scientists discovered that this diet helped increase the metabolic rate and induced weight loss of the lemurs. By the way, mouse lemurs are not mice despite their name tag, they are mouse-sized lemurs. http://www.biomedcentral.com/1472-6793/10/11

200mg/kg/day of resveratrol was fed to these lemurs for four weeks. The scientists regularly measured their body mass, energy intake, metabolic rate, locomotor activity, plasma levels and body temperature variations. It was found that resveratrol reduced body mass gain by 13%. Resveratrol also increased the metabolic rate by as high as 29%. This had a twin effect on weight and the lemurs did not gain as much weight as expected. Of course, the scientists observed these lemurs against another group of lemurs that was fed the same diet minus the resveratrol.

But before you jump in and buy the supplement, you must know that lemurs have a different metabolic rate than humans. And, the dosage that works for lemurs may not work for humans. But what is important to note is that so far resveratrol was successfully experimented on non-primates like mice, fish and yeast, and these species have a different body composition and metabolic rates than humans. This was the first time resveratrol was tried on lemurs, which, like humans, are primates.

Every research has a beginning and you can say that humans have recently started experimenting on resveratrol. Though scientists know about the nutrient, it has recently been pushed into the limelight when it was discovered that though the French eat a high-fat diet, they lead a healthy life and live long because they drink red wine, which contains plenty of resveratrol. This syndrome is also known as the French Paradox.

Today, resveratrol is being studied vigorously by scientists and pharmaceutical companies. Resveratrol supplements are available in the market and many Americans have become fans of this antioxidant. Many fitness enthusiasts and body builders who have keenly followed resveratrol lab experiments take supplements regularly.

All readers should however realize that though resveratrol can fight obesity and increase the metabolic rate, it is not a magical cure for weight. Humans also need to lead a healthy lifestyle and work out regularly, and take resveratrol, if they want to be truly shed their pounds.