Resveratrol Is Beneficial For The Eyes

Resveratrol is a nutrient that is produced naturally by some plants to help combat against pathogens. The nutrient has a 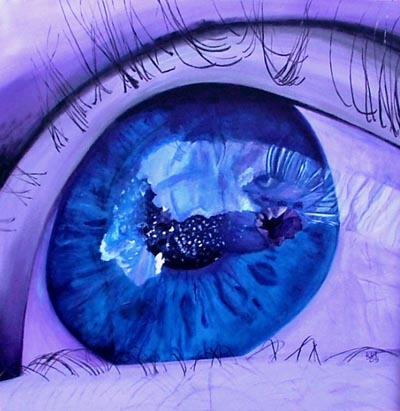 polyphenolic structure, which gives it antioxidant properties. Resveratrol has been the subject of 1000s of studies and it has been conclusively established that this magical nutrient helps by fighting the aging process, is anti-inflammatory, anti-cancer, anti-diabetes, solves heart problems, and helps cure many other diseases in a variety of species, including primates.

Recent studies have discovered that resveratrol also helps mitigate the risks caused by AMD (Age-related Macular Degeneration), which can lead to blindness. These studies have shown that regular consumption of resveratrol supplement protects against oxysterol-induced cell death and VEGF secretion. For the uninitiated, oxysterol are oxidized derivatives of cholesterol and VEGF is a protein that is secreted by oxygen-deprived cells. These two conditions combine to cause retinal diseases including AMD. This research was conducted by Dugas B. et al, and you can read the official paper here: http://www.ncbi.nlm.nih.gov/pubmed/20339855

Dr Rajender Apte, a senior researcher, states that resveratrol works on abnormal blood vessels and helps repair these even after their degeneration has started. In this way, resveratrol can help fight against a range of retinal diseases that involve loss of cells. One of the reasons why our eye sight declines as we age has a lot to do with blood sugar control. The closer one can control a tight blood sugar level within the body the better our health will often be.

Another study conducted by the Washington University in St. Louis says that resveratrol stops formation of damaging blood vessels in eyes of laboratory mice. This infers that the nutrient can combat both AMD and diabetic retinopathy. Both these conditions can lead to blindness. In this study, resveratrol was fed to lab mice that had undergone laser eye treatment, which had resulted in the formation of abnormal vessels in the retina. It was observed that after consuming resveratrol regularly, the abnormal blood vessels vanished and no new abnormal blood vessels were formed.

However, you should note that in both the aforesaid experiments resveratrol was administered in pill form, not as wine.

So, go ahead and place that cork back in.

Resveratrol, when combined with zeaxanthin, makes for a doubly-potent mixture. Zeaxanthin is a carotenoid alcohol that is synthesized by plants and some micro-organisms. These elements mix together to effectively repair oxidative damage.

It also has been proved that resveratrol protects against negative UV impact. Excess UV damages the retinal cells and accelerates their degeneration, which can lead to AMD and blindness. In another very interesting study, a 80-year man, who had difficulty while driving at night, got his vision improved after taking resveratrol. In fact, resveratrol improved his mental function as well.

To sum up, resveratrol is a very potent compound that has got the medical world all agog and excited. Its effect on many species, including lemurs (primates) has been truly helpful. The nutrient helps combat aging, cancer, inflammation, heart diseases, and other diseases. Now, this new research has proved that resveratrol even helps stave off blindness and retinal disease.

Here's raising a toast to resveratrol, the immortal eye candy!